65-year-old German dumps his 26-year-old African wife on Facebook. Acuses her of infidelity, stealing his car and money 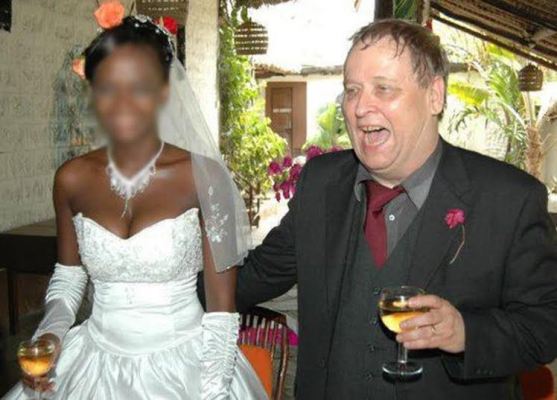 "All friends, note. After the unfortunate incidents in recent weeks, caused by the unlawful conduct before my wife (name withheld), I hereby give official separation from her now on, I take no liability for all her financial or other transactions. I wish her all the best for the future. But please, do not come back."

Mr. Heinz and his young wife have been together for 8 years. They met in 2007 and tied the knot in 2011. In an interview with Citizen Digital, he revealed how he met his wife and other sundry details. "I met my wife in 2007 in Mombasa. Her daughter was six-months-old then. She also told me her dad had died in a road accident in Malindi. So,she needed somebody to take care of her. I agreed to chip in. I told her am too old to marry her; but she told me age is just but a number. She wanted something more meaningful out of the relationship, so I agreed to marry her in 2011. We have now been together for eight years – four dating, four in marriage." The German also said that until their split, he was the sole provider and sustainer of his wife’s lifestyle. "All through I made sure I supported her financially and she lacked nothing. I would also make sure I visited her in Kenya from Germany two times a year; in June and December. I made sure she is living well – I booked her an apartment in Ukunda, opened her salon business, which I came to understand she closed down, sold it for small money and used the funds to finance her hefty lifestyle," Sharing his relocation plans with his wife, George disclosed: "I also told her I know she misses me, but asked her to be patient till I retire in 2013, and then I would come and live with her in Kenya forever. Perhaps buy a plot, make a home and be in each other’s arms." 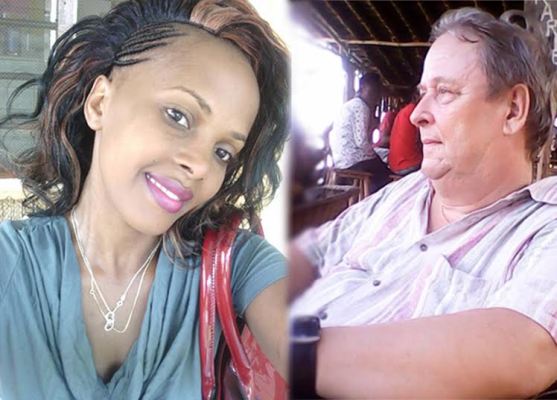 Though he was happy to take care of her, Georg knew his wife is extravagant.

"She’s the high maintenance kind of woman who likes to show off. She wasted the money on drinking with her friends, and she could hotel-hop with her clique drinking all kinds of expensive liquor."

When asked if he was suspicious of his wife’s philandering ways, he said:

"Some of her friends reported to me these things, but I had no evidence. I had to trust her – she was my wife. Some of them even told me she is sleeping around."

On the incidents that led to his disowning her on Facebook, he narrated:

"On Friday, July 17, I withdrew Sh1 million from the bank. She’d been nagging me to buy her a car, so we agreed we’ll use the money to purchase one on Monday, July 20. I however asked her to keep the money safe in the wardrobe – just to see if I could trust her."

On Saturday, July 18, the couple visited a restaurant, and Georg says she asked him for permission to use his car to visit a friend.

"She’d promised she’d come pick me after two hours. The period elapsed, and several hours later I still did not see her. I tried calling her but her cell phone was switched off. I got worried and reported the matter to police. I then proceeded home; only to be shocked to find her belonging plus the Sh1 million she’d kept in the wardrobe missing.”

He revealed the police could not trace her, and that she’d changed her phone number. However, he contacted his wife’s friends who told him that she had eloped with another man who resides in Mombasa. When he got in touch with his wife on Facebook, Heinz claims she opened up why she left without warning.

"In one of the messages, she sent me read: ‘I spent eight years of my young life with you. I just took Sh1 million and you are complaining! I needed the car too to start a new life.’" he said.

The 65-year-old narrated how he sold his home and property in Germany to come start a new life with his wife in Kenya.

"After retiring from work in 2013 and finishing my relocation plans from Germany, I joined my wife in Mombasa in June 2015. I even told her maybe I have 25 years of life, and that our lives would be a happy one with no financial difficulties. But I am sad, she ended up disappointing me! I am hearing through our mutual friend that she said if I forgive her, she’d come back. But I have moved on; I just want a divorce!"

"I don’t argue with fools. I am your third wife by law without counting girlfriends in between. Does it mean every woman you met is bad? Go to court and apply for a divorce. Facebook won’t help you in any way."