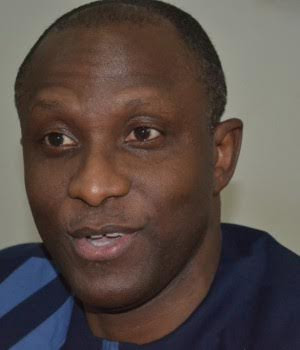 President Muhammadu Buhari has approved the appointment of Mr. Rahman Adeola Ipaye as Deputy Chief of Staff and Mr. Laolu Akande as Senior Special Assistant (Media & Publicity) in the Presidency. 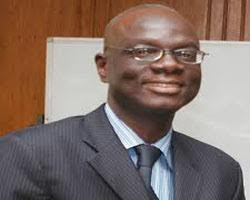 The two new appointees will work in the Office of the Vice President.
Mr. Ipaye is the immediate past Attorney General of Lagos State.
He studied at the University of Lagos where he graduated with B.A. (Hons) Degree (History) in 1984; LL.B. Hons (1988) and LL.M. (1991). He is a Fellow of the Chartered Institute of Taxation of Nigeria and the Chartered Institute of Arbitrators respectively.
Before his appointment as Attorney General and Commissioner for Justice, Mr. Ipaye was employed as a lecturer in the Department of Commercial and Industrial Law, University of Lagos (1992 to 2001); Special Assistant (Legal Matters) to the Governor of Lagos State (2001 to 2007); and Special Adviser (Taxation and Revenue) to the Governor of Lagos State and member of the State Executive Council (2007 to 2011).
Mr. Laolu Akande graduated from the University of Ibadan in 1990 with an honours degree in History and a Masters degree in Communication & Language Arts in 1992.
He became a Staff Reporter of the Guardian newspaper in 1990 while still serving under the National Youth Service Corps. He left The Guardian to join the foundation team of The News Magazine in 1993, where he became Senior Writer. In 1997, he was appointed by Nigerian Tribune as editor of the Tribune on Saturday, a position he held until he moved to the United States of America in 1998.
In the United States, he worked as a journalist with the Philadelphia Inquirer and New York Newsday. He also served at the United Nations as a Press Officer and later as an Advocacy and Communication Consultant. He was also the Bureau Chief of The Guardian in North America and the Executive Director of the Christian Association of Nigerian-Americans, CANAN.
Mr. Akande taught at the State University of New York at Stonybrook and also Suffolk County Community College in Long Island, New York between 2002 and 2015.
Ipaye and Akande have been working with Vice President Osinbajo since the inception of the present Administration.