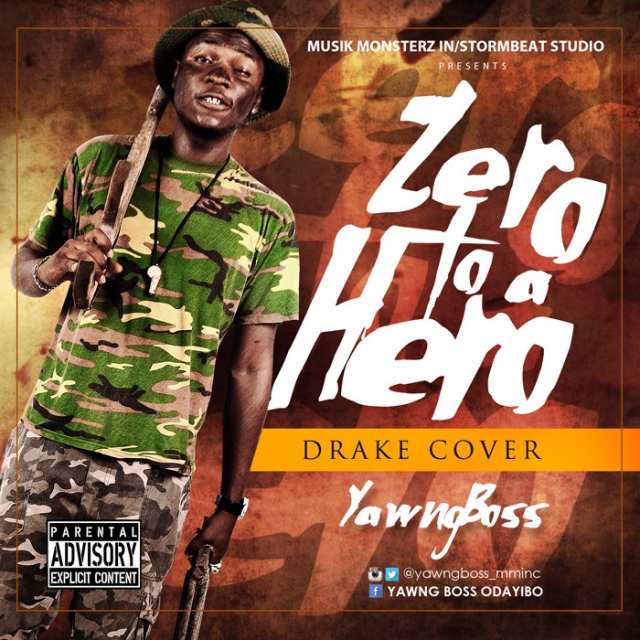 For all those who remember this young and energetic rapper from the South with the name YAWNG BOSS and for those learning about him now... this dude hails from Bayelsa state and he is best described with one word #Dope. After staying away from the scene for a while due to school pressure, he decided to come back with a mixtape album titled 'An NDU Documentary'. Here is the first single off the mixtape, which he titled 'ZERO TO A HERO' well delivered on a Drake cover. Check this out!