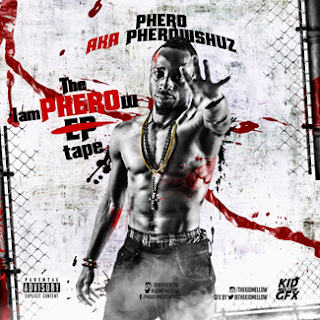 Award winning Nigerian rapper Pherowshuz drops a new body of work titled ‘The I Am Pherow Tape‘.   This body of work from the highly revered rapper contains sixteen (16) amazing songs that highlight Pherowshuz’s mastery of lyrics, wordplay and song crafting.
His story telling and stellar punchlines are here for fans and newbies to feast on.   Guest artistes on this project are an array of seasoned artistes and undeniably talented up and comers.

They are T.R (Terry Tha Rapman), AI Shugaboi, Morell, Erigga, A.T, Black, GrandSun, and others. ‘The I Am Pherow Tape‘ was entirely produced by Pherowshuz or Phero as he is fondly called. He is more than a rapper, he is also a dope producer and maker of beats.