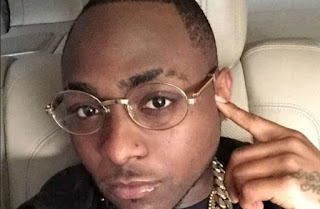 On December 29 2015, Davido and his family (father, siblings and daughter) were scheduled to travel to Dubai, but the flight was interrupted by immigration, due to alleged information that Davido and his family were taking his daughter out of the country without her mother’s (Sophia Momodu) consent.

According to reports, Sophia Momodu claims that her baby was forcefully taken from her and she was thrown out of the house. The news about alleged child abduction has been spreading online for a few hours and Davido himself released a statement on twitter (See Below) addressing the issue.
Dele Momodu founder of Ovation who is also Sophia’s uncle also posted some pictures on his Instagram Page below in an attempt to defend her niece.
According to Naij, here is another statement released by Davido’s manager, Kamal Ajiboye about this issue.

The baby was taken away from her due induced drugs found in her (baby) system which she obivioly got through the mother’s breast. David’s family is only helping her and the baby,” he told our reporter over the phone.
“David’s family prevented him (David) from reporting her to the NDLEA and as we speak, the baby was recently treated in Dubai. The baby cannot even breathe properly.
“The family has done everything to take care of the mother and child. We rented an apartment for her and she gets three hundred thousand naira monthly as upkeep. What else will the family do? To be honest, not sane family will take a child away from the mother for no reason

Social Media has blown a situation that should have been a personal matter out of proportion, but that is the age we live in now.
Entertainment NEWS