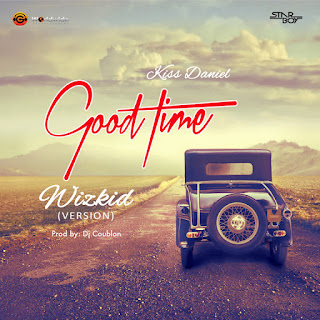 The year could not have started any better for G-Worldwide‘s sensation Kiss Daniel asStarboy Entertainment boss Ayo WIZKIDBalogun has released his own version of Kiss Daniel’s  latest single “Good Time”.
The song which has been accepted by fans and critics alike as a sign of Kiss Daniel’s versatility and DJ Coublon’s production prowess, was released in November 2015 to much acclaim.
WIZKID announced to his fans on his Twitter page that “Let’s start the year with some @iamkissdaniel x starboy!” pointing to the fact that both artistes have been working together.
This WIZKID version of “Good Time” is simply a little taste of the good things to come, as Kiss Daniel will be featuring WIZKID on his upcoming album scheduled to be released this year.
Enjoy!