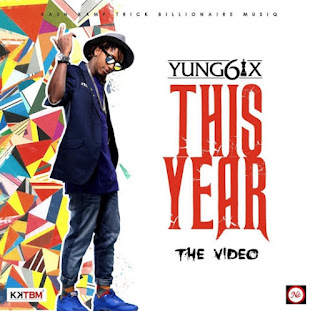 “Still basking in the buzz ignited by his Stonebwoy a55isted budding hit “For Example”, Yung6ix unlocks a brand new music video to usher in the new year. The KKTBM hip-hop star gives his previous single “This Year” the video treatment, as the Baller Tosh produced banger is brought to life by award winning cinematographer Unlimited L.A. Yung6ix plans to take-over the music scene and attacks with this world-cla55 visual, which arrives ahead of his hotly anticipated extended play christened “Billionaire Ambitions”