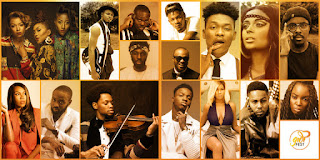 About Gidi Culture Festival | gidiculturefestival.com
The Gidi Culture Festival (Gidi Fest) was founded by Chin Okeke, Teme Banigo and Bimbo Shittu, with the intention of providing live, affordable and accessible entertainment to African youth. Realizing the demand for quality entertainment is not class specific; Gidi Fest works to break down socioeconomic barriers with an entertainment offering that appeals to all youth-minded individuals. This platform curates and represents African music and culture with the goal of exporting our culture to a global audience.
ENTERTAINMENT NEWS