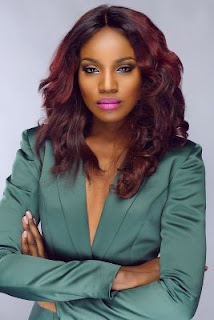 “Right Now” singer Seyi Shay on the headlines for yet another television appearance. The sexy singer who made news for saying she did not know Tiwa Savage personally visited Hip TV studios for an interview.


During Hip TV’s Trending, she was asked by host, Nancy Isime, to give the full meaning of E.P since she is a musician. The average Nigerian may not know what EP means but as a musician, it is a sin for Seyi Shay to have no idea what EP (Extended Play) or LP (Long Play) means. Seyi Shay said an E.P means “Electric Package” and has started receiving backlash for this. In January, the singer’s interview with Pulse TV became an internet sensation after she had pronounced the number 2 as /tuwoooh/.
Watch the clip below!
ENTERTAINMENT NEWS