9 REASONS WHY HIP HOP ARTISTS DO NOT SUCCEED 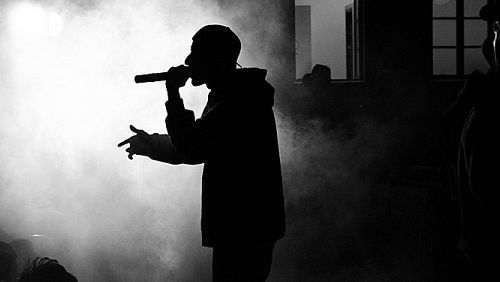 Skilly Magazine presents the nine reasons we think hip-hop artists fail, and it’s no surprise. We all know there are way too many rappers that are out right now who just doesn’t have what it takes to succeed in the industry. After studying thousands of artists, we’ve concluded this.

1. They have awful music.

Hip hop has never been more duplicated than now. Every single song these artists come out with sounds exactly the same, and most of them sound horrible. Do not try to duplicate a style. People do not want to hear the same stuff over and over again. Be original.

2. They have the wrong team.

Most of rappers now a days hire their friends and family who have no knowledge in the music industry. They have the completely wrong people for the wrong task. When searching or a manager or team member, make sure they are experienced in the business and know exactly how to get you to where you need to be.

4. They spend more money on creating than promoting.

It’s all about promoting your project and single. Now, rappers spend most of their money on creating the music rather than promoting and selling it. That’s definitely not the right route to go.

5. They don’t invest in publicity.

Every artist needs to invest in publicity and a good public relations company to get them press. One of the main things that most artists don’t have is press. You need to be on blogs, magazines, television and radio, that’s the only way you can make a presence. Social media is effective and necessary, but it’s not enough.

The most common thing artists have in common is they lack funding and don’t have enough money. The music business is just like any other business, sport or hobby; it requires a large amount of money! Without money, there is no way you can promote yourself, let alone create a good quality single or demo.

7. They don’t know how to market themselves online.

A big part of an artists promotion is social media. Artists need to spend money on advertising themselves directly to their fans and consumers rather than spending it on fun and weekend activities. If you want to be successful, you will need to sacrifice everything in order for you to get to the next level. Spending money on your social media campaigns is a requirement as an artist.

8. They focus on getting a deal, rather than getting more sales.

Let’s face it, getting a record deal is like winning the lottery, those are you chances. Although going for a major recording deal is not a bad thing, there’s nothing wrong with it. But, that cannot be the focus until you already have major label sales going on in your own wallet. Do not try to get a major deal before you can sell out shows on your own, it just won’t happen.

9. They focus too much on being cool.

Rappers tend to focus on their status in the club, rather than their status in their wallets. They focus on the limelight of being a rapper and having an album out rather than their careers getting anywhere. If you want to be successful, you must practice what you preach, working hard in the studio and promoting is all you should be doing. Anything and everything else doesn’t matter if you want to see that big success.

This article was researched by Slimkelz  cc: Skilly Magazine