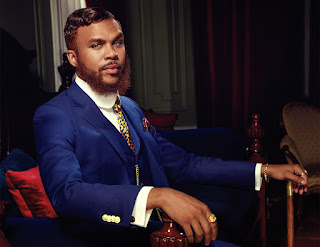 Nigerian/American singer, Jidenna, is set to come back to Nigeria to tour with his debut album.
The ‘Classic Man’ crooner, will be visiting Nigeria and South Africa this month of August, to promote his forthcoming debut album, ‘Long Live The Chief.’ His tour will include an exclusive album launch event which will take place at Hard Rock Cafe in Lagos.


Speaking about his album he said:

The record as a whole represents all of my experiences of the many worlds I have lived in and traveled to, from Lagos to Los Angeles.

He will leave for South Africa to continue the promotion of the album.
What do you guys think of his planned trip. Thoughts guys?
ENTERTAINMENT NEWS