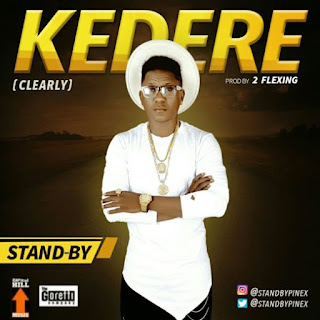 Kekeyi Happy Ikus, aka STANDBY, is a singer, cologist, writer, and entertainer. His style of music infuses varieties of African Flavour. He started his music career at his early age, while in 2010 he was featured in the same song with K-solo titled Jaye-Lo. Some of Standby songs has been produced by top African music producer like Fliptyce, and Young D, he is currently working under Capital Hill Music Management, Gorreti, Capital dreams pictures. here is his first official single titled kedere  is an inspirational song, consist of prayer point and good messages, produced by 2flexing, mixed and mastered by classic mix, download, share, and enjoy