STREAM/DOWNLOAD ALBUM: Patoranking – “God Over Everything” 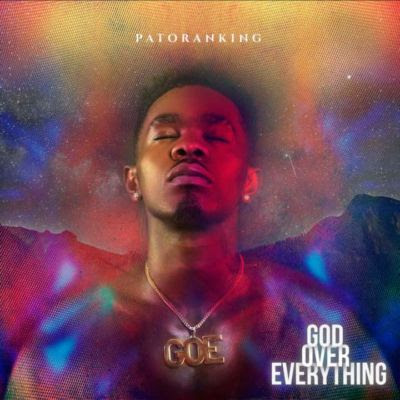 Girlie ‘O’ crooner, Patoranking recently released his debut album,‘God Over Everything‘, which made a breaking record in feat achieved for the dance hall music category in Nigeria. Shortly after it’s public release, global music company curators, BillBoard, ranked the album number four in the world for the category of albums in the dance hall genre.
Some of the standout tracks on the album that highlights the versatility of the songstar will include the King Wasiu Ayinde Marshal feature. Titled eponymously after the fuji veteran, Ayinde was an unforeseen style switch from the usual musical choice for an artiste like Patoranking. He equally brought his Starboy game on the Wizkid featured song, This Kind Luv, which is an endearing track to many of both artistes’ fans. Can we forget No Kissing, which featured Ghanaian rap sensation in his ever bright and self-serving bars spitting prowess? Or perhaps the Daniella Whine remix sampling a lot like the original only with the introduction of other dance hall music giants on the remix? Definitely not!

That’s on features though. While the album starter, God Over Everything, is a quick run through of the travails Patoranking had to undergo in his quest for stardom, he plays a firm deal showing his lover man game with tracks likeCheating Zone and Love Town, blending in elements from R&B.

This is not an official album review, thus, time won’t permit us to go on and on. However, we recommend that you waste no further time and just go right ahead to streaming all tracks to Patoranking’s compilation debut that has been highly speculated as the album for the 2016 year.