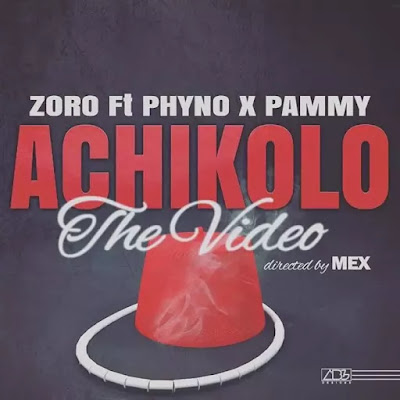 Mr. Swag Bag and new kid on the block – Zoro dishes out the visuals to his recent single – Achikolo, featuring king of the East – Phyno with help from Pammy UDU Bunch cultural group.
Directed by Mex, peep the crisp visuals to the already buzzing hit! Audio was produced by KezyKlef with some touches by Triple MG’s Selebobo. “If you’re a fan of Zoro or just a curious observer, then you’re in for a treat, the cultural hiphop powerhouse is having a field day with the fusion of hiphop and traditional Igbo dance moves.

Off his Ogene success Zoro enlists Phyno and the cultural group called Pammy UDU bunch on this song entitled “Achikolo” mex-directed flick, Zoro can be seen leading and exhibiting different phases of the culture in several dance moves, while displaying his lyrical prowess. It is obvious that Zoro is an ambassador flying his cultural flag to the fullest.”