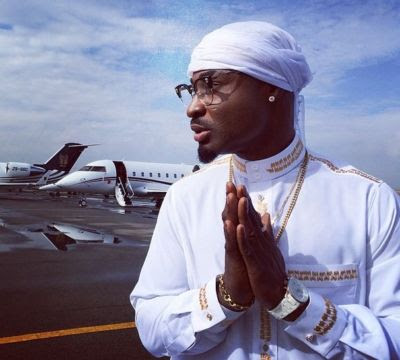 
During his interview with TheCable Lifestyle, Harrysong, opened up about his time with Five Star music, making it known that he wrote most of the songs that came out of the label.
In his words:

“I have learnt all through the years from Question mark to Five Star, my contract expired at Five Star expired and I progressed to open Altar Plate, there is no beef or quarrel. This is what I want to do and I am doing it.
“When I was signed under Five Star, I wrote majority of the songs but my departure from Five Star does not mean that it would crumble.

“They have talented people like Kcee, Skibii and Xbusta. I came in with my own sound and I have left with my sound. They have their own sound and they will go with that.”
On his new company, he clearly stated that Five Star music will have no part whatsoever in it.

“Five Star is not contributing Altar Plate, this is all about Harrysong. We have our website and our social media platform to keep fans updated about our activities.

“There is no possibility of returning to Five Star. My contract has expired and I have started Altar Plate so there is no going back but I will always appreciate them. If I am called upon to do anything, maybe write a song, I will.
On new signees especially female singers, the ‘Reggae Blues’ crroner, said he might be signing one when needed.
“We have female artistes that are doing well in the industry, a lot of them and maybe I will try one as we progress. If we need one, we will get one.”
ENTERTAINMENT NEWS