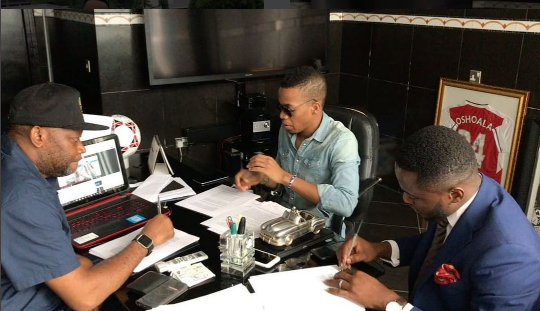 VIDEO: Tekno Signs Deal with Sony Music
The artiste with the biggest song in Nigeria at the moment, Tekno, has been rewarded with a Sony Musicdeal.

Rumours of a Tekno/Sony deal initially broke at the start of the month, but it turns out the deal was signed and confirmed yesterday at the office of Entertainment Mogul, Paul Okoye, CEO of Upfront & Personal, as well as Triple MG CEO, Ubi Franklin.
Congratulations, Tekno!
ENTERTAINMENT NEWS