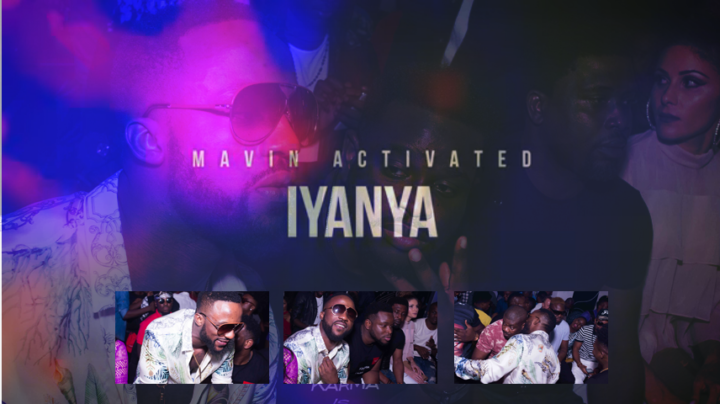 On Friday, November 25, 2016, Lagos was brought to a standstill when Mavin Records in collaboration with The Temple Management Company, hosted Iyanya to special party in celebration of his new record deal with the Don Jazzy-led record label.


The event which held at the prestigious Escape Night-club, in Victoria Island, Lagos, was attended by Nigerian entertainment industry stakeholders, high net-worth Individuals, accomplished personalities as well as the fans of the singer, who trooped out en masse.
The event which was supported by Johnnie Walker kicked off around 11 pm with a red carpet session during which cocktail provided by the premium whiskey brand. The event was brought to a higher note when Iyanyaarrived the venue, alongside Don Jazzy, whose birthday fell on that same Saturday, in a convoy of the mavin crew.
The occasion eventually became a 2-in-1 celebration as attendees were also very delighted to party with Don Jazzy on his birthday.
Celebrities at the event include Nigerian soccer star, Obafemi Martins, Banky W, Tekno, Ebuka Obi-Uchendu, Uti Unwachkwu among others.
ENTERTAINMENT NEWS