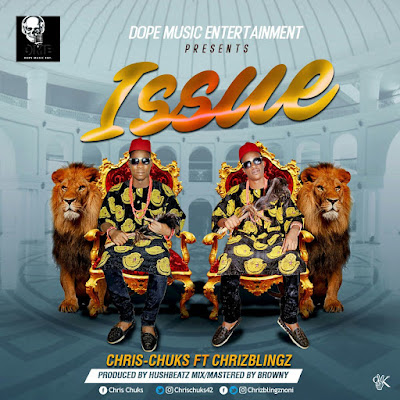 Fast Rising rapper and the CEO of Dope Muzik Entertainment Chris-Chuks a.k.a Rapbeast From The East Teamed up with Chrizblingz da lyricist to drop a street banging and doped jamz titled “ Issue ”.
After his last effort "Respeck on my name" ft yung6ix a lot of fans began to notice the true taste of rap but dis is gonna make you go gaga for rap muzik. He's coming with a new phase of rap in a traditional and dynamic way....This isn't a jamz that's worth missing..