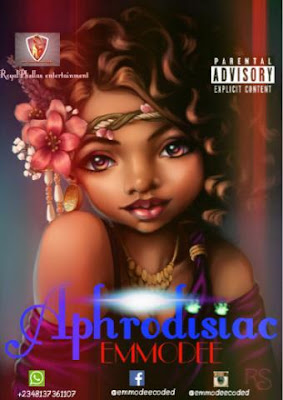 The name EMMODEE might be new to some few ears,but to real reggae pop heads in Nigeria,its quite synonymous to every reggae rap verse and dope singles,videos,His real names are IBITAYO EMMANUEL,
The founder of the crew Royal Phellas crew,he has been active in the industry for some times now he has also drop some hit banging singles such as,Tere mono,Wah Yah Say ft skaliey mental,Believe it ft Nassay,Anything You want,with some videos like Teremono,Juju and Believe it ft Nassay ,he has come back again with this new hit single to say Good-by to 2016 titled APHRODISIAC, the hit was produced by B2xl