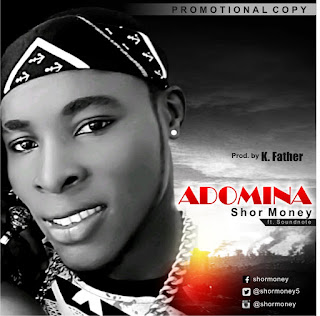 Nwaeze Kenneth, popularly known as "Shor Money" is a singer, song writer & performer, born in the 1992
He hails from Ebonyi state Nigeria.

Shor Money premieres his first single titled "ADOMINA, produced by K Father production.
He also releases it with an official visual to it, This video was shot and directed by K-father films in Lagos.
The video portrays the act of proposing to a beautiful girl, requesting for her mutual affection. It is a cool video that you would love to watch and watch over again. Shor Money is definitely an artist to watch out for this year.