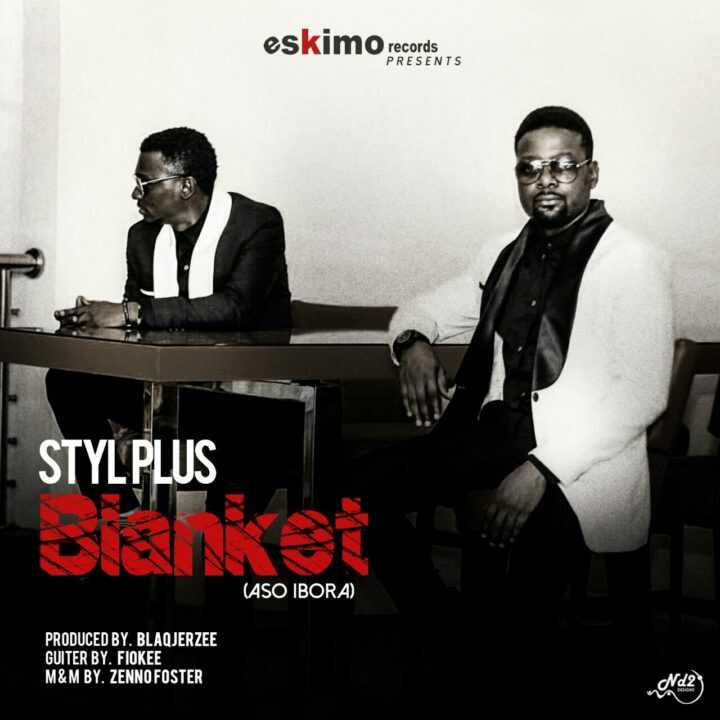 Styl Plus are back with a bang! Albeit without a member (Tundey) who has since gone solo.  Zeal and Shifi are now the flagbearers of the Styl Plus group and have just released a new song ‘Aso Ibora’ which simply means blanket in English. Check it out below and let us know your thoughts.


Styl-Plus, who have just been signed to Eskimo Records, are ready to release a new single titled “Aso Ibora (Blanket)“; this serenading tune depicts the essence of the brand and band that we have always come to know – “Aso Ibora,” as produced by Blaq Jerzee, is set to rock the airwaves this Valentine’s season and beyond, and give Nigerians a taste of the new and better Styl-Plus.
In Zeal‘s words,

“This song tells the story of an everyday person who is appreciative of the love shown to him/her; this song is also a message to Styl-Plus fans to thank them for their support through the years.”

Having graced the musical scene with timeless classics, Eskimo Records presents the Blaq Jerzee produced tune, with mixed and mastering credits going to Zeeno Foster, alongside the electric Fiokee on the strings; this is sure to give you a perfect blend of ingenuity and Contemporary vibe – listen up and share your thoughts. | ENJOY!!!

ABOUT Styl-PlusJust about 15 years ago, the Nigerian music industry began it’s journey of expressiveness and started being a beacon of joy for the Nigerian people; one of the groups of artistes/bands that contributed to the phenomenal growth and acceptance of Nigerian music worldwide was Styl-Plus. With their unique sounds and blend of harmonies, they captured imaginations and never failed to deliver whenever the time came; particularly impressive, was their début single, “Olufunmi,” which rocked airwaves both in Nigeria and abroad. It was such a success that other artistes in Africa followed suit by making good music and the rest is history; Styl-Plus‘ career has been filled with glitz and glamour as they’ve won multiple awards both home and away.

ABOUT Eskimo RecordsEskimo Records is a record label providing the platform for development of the potentials of budding artistes and professionals alike; it is only but a part of the Eskimo Groups that also includes Eskimo Suits, Eskimo Lounge & Restaurant – it is not news that Nigeria has lots of talent and Eskimo Records aims to uncover, polish and project these talented individuals. Boasting of the services of ace record producers D’Tunes and Blaq Jerzee, who have worked with various artistes and have produced various hit tracks, the quality of music Eskimo Recordsproduces is high class, pace-setting and spell-binding; Eskimo Records today is announcing the signing of 4 new members into the family, among who, are the famous Nigerian Boy Band, Styl-Plus.