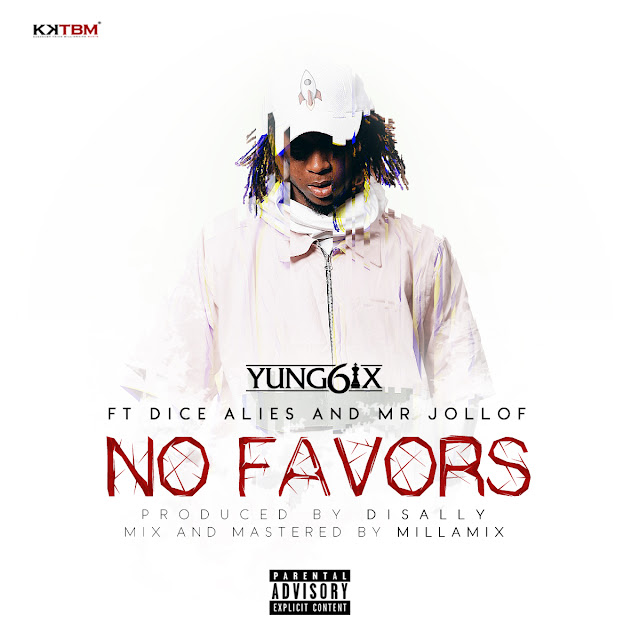 Ahead of the release of his hotly anticipated single titled “Loving You” featuring Korede Bello; Yung6ix unlocks a new track titled “No Favors”.
The brilliant Disally produced trap/hip-hop banger featuring Chocolate City’s pop star Dice Ailes and praised comic Mr. Jollof.
“No Favors” arrives after the massive success of the Phyno and Percy assisted “Money is Relevant”; and is expected to be housed on Yung6ix’s sophomore LP slated for a mid-2017 release.