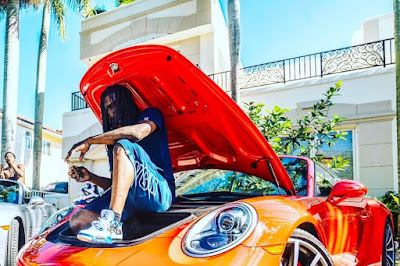 Chief Keef has announced countless projects that never came to fruition, but for some reason as the others were quickly forgotten, the possibility of Thot Breaker always persisted.

A combination of the greatness of the title and Sosa’s sporadic updates is likely the reason for the mythical quality the project took on, and after one last fake-out on Valentine’s Day, the project finally made its way out this Friday. Featuring production from heavy-hitters like Mike WiLL Made-It and K.E. On The Track, there’s also some beats from Keef himself, who now goes by Turbo.

The Turb drop, as well as the well-worn “Sosa On The Beat” tag begin “My Head,” a track that immediately stands out for it’s driving BPM and ascendant string sample. Keef’s rapping is also at its most nimble here, as he lays down some piercing melodies that land with a considerable force. It pivots slightly from the R&B tone of much of the project, but still compliments the concept with catchy refrains.

Take A Listen Below.