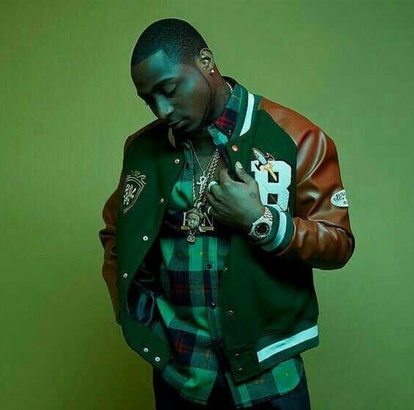 DMW boss, Davido, is again in the news but this time, for a good cause.
The FALL crooner, recently got a nod of approval and love from Chelsea Legend, Didier Drogba, for his charitable act.

Drogba, took twitter to commend Davido’s act of love towards one of his young fan, Utibe, whom the singer not only began paying his fees but also provided shelter in form of a house built for the young boy and his family.
Utibe was introduced to everyone via  a video of him on Instagram lip-synching to Davido’s hit record, IF, a video which soon caught the attention of OBO himself. 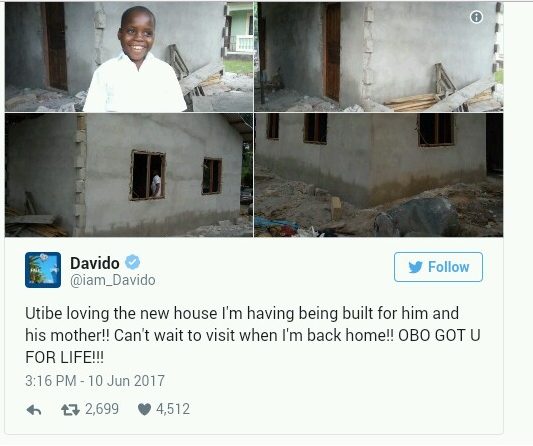 Seeing the good works Davido, is doing in the boy’s life, FDrogba took to twitter to applaud Davido, describing it as a ‘class act…