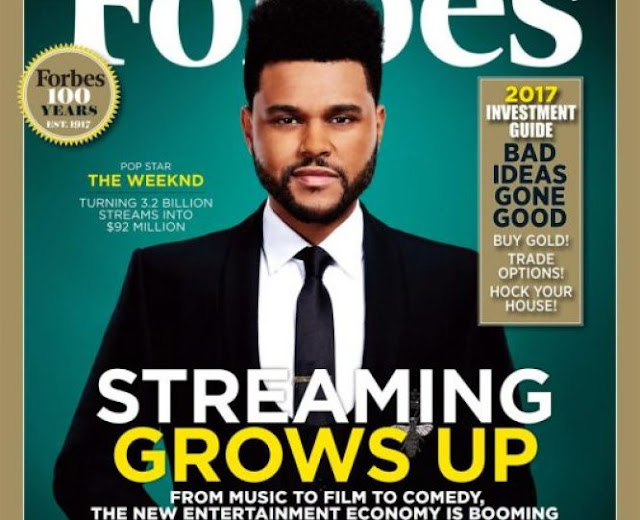 The Weeknd  has graced the cover of Forbes Magazine after making it high on their 2017 Celebrity List of the World’s Highest Paid Entertainers. He came in at #6 with $92 million in earnings behind only Diddy ($130 million), Beyonce ($105 million), J.K. Rowling ($95 million), Drake ($94 million) and Cristiano Ronaldo ($93 million).

He spoke to Forbes about how a streaming deal with Apple Music and touring attributes to that large figure.  Early hours of today, The Weeknd released the visual for ‘Secrets’ from Starboy Album.