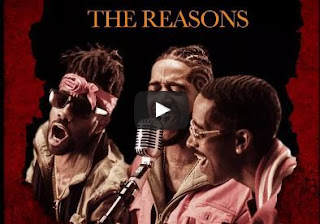 Omarion is set to release his new album Reasons later this month and after debuting the video for ‘Distance‘back in February, he’s now back with the official music video for the title song.

The song is a cover of Earth, Wind, and Fire’s classic song ‘Reasons’ and O seems to have tackled it pretty well. “I promised my fans that the album was coming 6/16 and I wanted to be true to my word and deliver ‘Reasons’. It might not be the Reasons they expected. But I’m hoping that they enjoy it and appreciate the attempt to pay tribute to the legends,” said the former B2K singer.


Watch the video below.