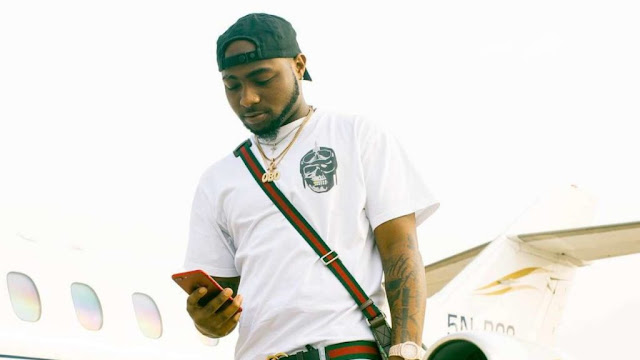 It is important to make it clear from the get-go that this article is not about who is better than who, or who international pass. In this piece, I’d be looking at the high points of the music career of Davido, bearer of the Omo Baba Olowo title; since it began in 2011.

From the days of attempting to introduce himself to the industry with Back When, to this day, when Fall, If, Pere have become hot market products from the same maker; Davido has built for himself an enviable music career. There might be some spottable imperfections, but with the impressive number of landmarks and achievements he has recorded, one would be tempted to agree with him on his self-conferred legendary status.

In a period of about six years, not only has Davido piled up several grand titles (Omo Baba Olowo, Baddest, Mr Ronaldo), the DMW boss has claimed tens of awards for himself and he is poised to claim more and more awards, with his liking for releasing hot-selling musicals and visuals alike.

So cheers to more musical success for the singer, here are 5 notable highlights of his career thus far:

Davido’s first attempt at mainstream music might have been the release of Back When on which he featured Naeto C, but the song that did the major announcement of the arrival of a rich kid from the west, on the Nigerian music scene, was Dami Duro. Davido’s breakout story would never be thoroughly told without reference to Dami Duro, with which the then tenderfoot artiste, was loud and clear about his unstoppable push for success. The success of the song earned him the Headies Next Rated Award, laying the groundwork for more successes to follow.

Following Dami Duro, Davido learnt and mastered the art of releasing hit singles, making himself comfortable in the music industry in the process. By the time he had dropped three to four monster hits, and his name started to feature regularly in household gists; it was time to compile the songs in the form of a debut album. When The Genesis/O.B.O album dropped, containing All Of You, Ekuro, Bless Me, Overseas, Dollars In The Bank, there was no doubt about the artistic abilities of the son of Adeleke. The album scored massive market points and it also won the Headies R&B/Pop Album of the year award.

Davido might have been considered a rising star pre-2013, but between the period of 2013 – 2014 his career rose to astronomical heights. It was during that period that he released songs like Gobe, Skelewu, Aye. He literally monopolized the top of music charts, although appearing with different songs, but as the same dominant artiste. Not only did he win awards for best song of the year, artiste of the year at the 2014 Headies award; he was at the Nokia Theatre L.A live in the city of angels, to claim the award for BET Best International Act: Africa. The award which has now become the international stamp for African artistes, confirmed Davido’s dominance on the African continent.

Having conquered the African continent, Davido set out to achieve global stardom by signing a distribution and recording deal with international music powerhouse; Sony Music. With this deal, his music got a wider distribution reach, also, the deal eased the penetration of his music into the music market beyond the African border.

Davido’s push into the international market has been reaping some level of blessings in the form of new set of fans outside the African community, these new group of fans includes international celebrities. Stars like R.Kelly, Meek Mill, Taraji P. Henson, Omarion have all shown their love for Davido’s music in public, and at different times.

However, Cristiano Ronaldo’s singular act of following Davido on Instagram, seem to be one of the singer’s most welcomed sign of international success. In Davido’s usual way of celebrating things, he openly gushed about it and it is understandable why. Getting to attract the attention of arguably the biggest athlete in the world, is not a run in the mill for artistes from this side of the sphere, but that is now changing, in a steady but sure way with Davido playing a big part in getting people around the world to appreciate the beauty of African music.

For what it’s worth, Davido is a first-rate product of the African music community. Contrary to the belief that his career was paid for in cash, a better look at it would confirm to you that hard work and brains also have input in his success story. He isn’t the first rich kid to venture into the music business but he rose above that subset, to excel in a larger group that comprises of artistes of all background-type.
OBO might appear to be a self-publicist but at least he has chart-topping songs to his credit and he can claim to be one of Africa’s biggest artistes.

These things aren’t freely given and they are certainly not purchasable from stores. Davido’s successful music career has benefited from the countless studio hours he has spent, his talent, the quality of his management team, fate perhaps, and of course, his easy access to money. He is destined for more achievements, as he is currently one of the artistes tipped to take African music to the zenith of the world music.