5 Times Olamide Missed His Chance To Impress The International Market 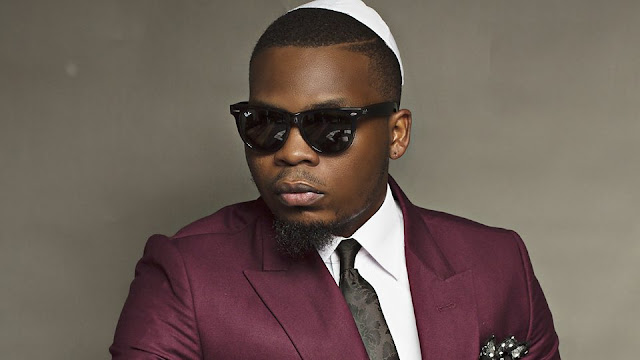 There is no (real) battle for supremacy as far as music from the street goes. Olamide is the overlord and he reigns supreme while other indigenous rappers tussle for leftover titles. Olamide occupies the influential positions that there is in ‘street music’ – he is the ‘voice of the street’, ‘the King of street’ and ‘baddest (perhaps greatest) guy ever liveth.’
Apparently, the King of the street is content with the territory he commands. On several occasions, he has maintained that he won’t go out of his way to appeal to the international community – indeed, but what if international success was freely given and not needing strategic planning or extra effort, would Olamide still say no to awoof?

Olamide is taking a conservative approach to this international market penetration and it is understandable considering that it seems better to have an egg today than a hen tomorrow. Olamide has a firm grip on the local market but some observers believe he is not just ‘street material,’ they say he is Hollywood material and they would rather bet on him to ‘blow’ on the international scene than on Barcelona in an El-Classico match. MMG rapper, Wale is one of such persons and he seems to see an international worthiness in Olamide. Thus he has given the YBNL boss opportunities to make a claim for international exposure–not even once nor twice, but multiple times even, yet the YBNL boss chose to stay ‘street’.

Here is a list of 5 times Olamide had the opportunity but failed to impress the international community:

1. Fine Girl (Wale ft. Olamide & Davido): Featuring on this song is Olamide’s best chance at international exposure yet, the song made Wale’s Shine album and of course, the album sold majorly in the US market, the headquarter of global music and sadly, the best Olamide could produce was ‘fine girl to nidi nla’ – really? I mean don’t expect him to do anything other than indigenous rap but make it believable and appealing to the new audience. Say something aptly creative, like in the context of Fine Girl, say ‘that the girl’s eyes are the only Christmas light that deserve to be seen’ tell them, ‘she has a walk that can make an atheist believe in God long enough to say Goddamn’. Say something creative like that in Yoruba and foreigners would want to cross borders to get more of Olamide’s indigenous rap.

2. Allelu (Wale ft. Don Jazzy, Olamide & Reekado Banks): On this song, Wale featured some of the best Nigerian music stars in various capacities; arguably our best indigenous rapper, one of our best Afro-Pop stars and an elite producer. Understandably, Don Jazzy played around because he has nothing to prove as a singer, Reekado delivered on his promise but again, Badoowas singing nursery rhymes. No one outside Nigeria would take a nursery-rhyme singing yoruba rapper seriously, especially when there are so many up and coming rappers doing the true gospel of Hip-hop.

3. Make Us Proud (Olamide ft. Wale): Featuring a rapper like Wale gives the song some sort of international exposure, whether it is admitted or not. Make Us Proud must have initially caught the attention of music lovers outside Africa but the attention would likely not have turned to love because Olamide was less than impressive on the song again.

4. Toka Remix (BeCa x AKA x Olamide): Olamide has fallen my hands on more than one occasion when it comes to taking a bigger bite of the apple but he knows how to redeem himself. However, his recent Coke Studio performance is unforgivable. Olamide performed alongside two beautiful east African singers and South African artiste, AKA. Sadly, Olamide appeared on stagesounding not different from Dammy Krane, his singing was below average and disappointingly, AKA committed the same sin. At the point of Olamide’s introduction, the performance started to look like a talent show audition and Olamide seemed like a contestant that is destined for a NO! This was an Africa-wide platform; West Africa, East Africa and the South were watching and still Olamide failed to sell anything worth asking for more.

5. Summer Body (Olamide ft. Davido): On Summer Body, Olamide did the unusual, although mildly, he seems to have a new audience in mind when he was recording the song. He went for an English worded hook on that song, save for the pamuregeji part and perhaps he thought the song would put him on the international map, especially when he had an internationally soaring artiste as a guest on the track and of course, he was singing about a sexy lady with the ‘summer body’ but who around here knows what summer body girls look like? Maybe those people on the outside of Africa and perhaps those were his target audience on Summer Body. Around here, a girl is either hot or not. But with the ‘packaging’ did the song hit the new market well? NO!

Olamide’s near absence on the field of international march doesn’t seem to be resulting from lack of interest but a function of unsuccessful attempts and maybe due to his conservatism. However, his local content which he is best at creating, are beginning to find their way to the audience abroad.

For instance, US producer Swizz Beats made a good show grooving to Wo! and maybe it’s a sign that Olamide would break into the international market but honestly, that seems beyond belief.