Artistes Can Sue NBC For Banning Their Songs – Adasa Cookey 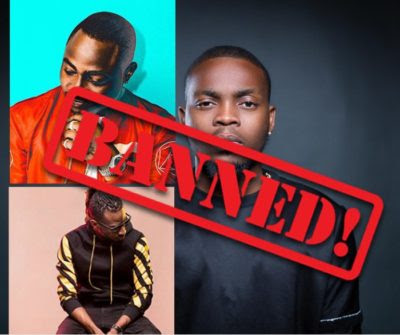 Music video director, Adasa Cookey has spoken about the recent ban on songs by the National Broadcasting Commission (NBC). Recall that Olamide, 9ice and Davido all had their songs banned from airplay.
Adasa, in a recent interview revealed that artistes have the right to be informed on the reasons their songs are being banned from airplay.
He went further to say that if a line in your song can cause such track to be be liable to a ban, then the artiste should edit that part part out and make efforts to submit it to the broadcasting regulatory body before they proceed to sell it.
Adasa also said that if any artiste’s song has been wrongfully banned, such artiste has the right to question the organization or take a legal action.

Watch his interview below.