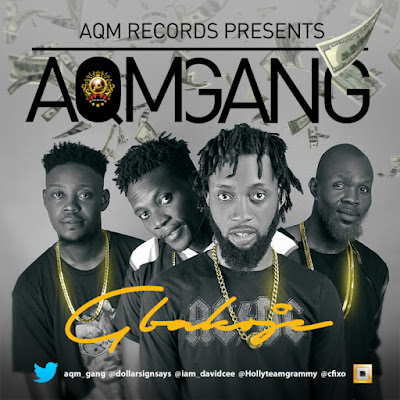 AQM Gang (signed to Artquake AQM RECORDS) Premieres New Song “Gbakoje” with Video.
It’s already back-to-school time for many students, but the AQM Gang is still living for the summer by premiering the new song with music video.

Shot in a lavish mansion in Lagos, the video opens with Dollarsyno on the chorus questing for beautiful girls around him, Holly follow with the first verse with killer hook, Davidcee added Igbo flavour to the song, and Fixo kill the song with Ibeju lyrics.
The Dollarsyno-produced “Gbakoje,” Stanz visual-directed clip is already sounding like a mega hit.

Watch the party-filled video below. “