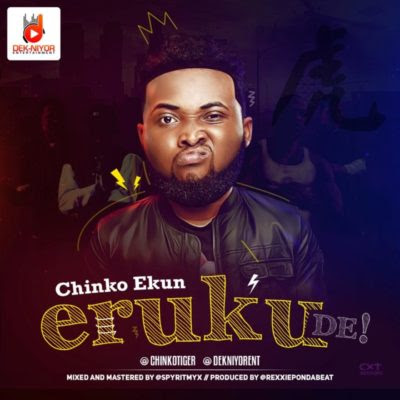 
ErukuDe is a track that recognizes and appreciates true friends that has stood the test of time, and you know they’ve got your back always. Such friends are referred to as ERUKU. With production credit to Rexxie (@rexxiepondebeat), and Mixing credit to Spyritmyx (@spyritmyx), “Eruku De” is faultless from start to end and the lyrical delivery by Chinko Ekun will make you listen to it over and over.

ErukuDe is accompanied by a beautiful video which has cameo appearances by a number of celebrities including Oluwakaponeski (Mama Tobi), Baseone, Ogbeni Adan, Zlatan Ibile, Toby Grey, Ajanaku, Chuka and more. The video, shot in Lagos, was directed by label mate “Walinteen Pro” (@walinteenpro) of Dek-Niyor Entertainment.