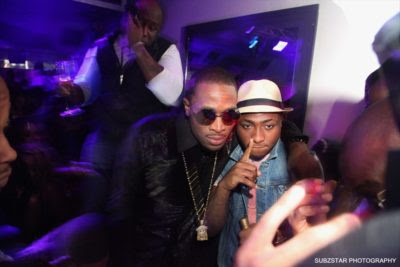 Earlier today, TooXclusive News reported that DKM boss claimed he signed ace singer, Davido to his DKM label in 2014. According to D’Banj in an interview he granted for Spindle Magazine, Davido was signed to his label until David’s father begged that the singer should be allowed to focus on his education.


D’Banj said a Rolex watch was given to Davido in form of a signing fee in 2014.
The DMW boss has finally responded to the report. Davido said:

“D’Banj gave me my first Rolex though, but I never signed anything. Blessings to him, pave the way for sure.”