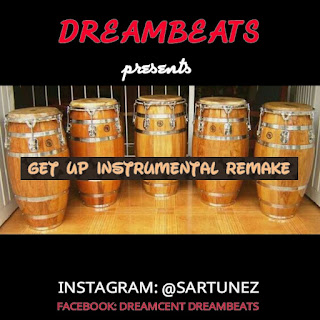 Here is a remake instrumental of Sarz & Dj Tunez hit banger song titled 'Get Up' the beat which was originally produced by Sarz sees Dreamcent Dreambeats who happens to idolize Sarz prove a point in his quest to hit stardom someday with inspiration he gathers from idolizing Sarz.