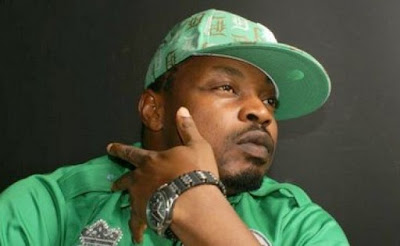 After an angry conversation on the  phone between Derek's father Mr. Braye Boss and Eedris Abdulkareem in accordance with Derek's Facebook disclaimer post against Nigeria famous superstar Eedris Abdulkareem who claimed to be the biological father of  the young  9years old multi- talented artist Derek Destiny Boss AKA the Wonder kid to the extent of changing the young boy's surname to Eedris Derek Abdulkareem.

Eedris Abdulkareem who had a show in Port-harcout today paid an unscheduled visit to Derek family at Sagbama Community.

His visitation is to make himself known to the family and also to render an apology for changing the boys name,  he promised to maintain the boy's name as Braye Derek Boss and also to always get in touche with the family all  time.

Issues of both parties has been dully settled.
Below are some pics. 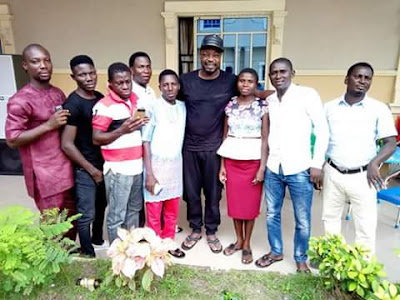 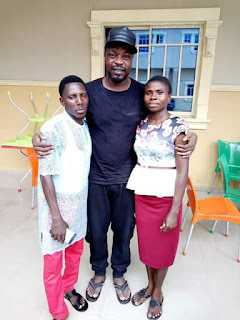 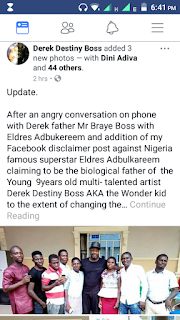