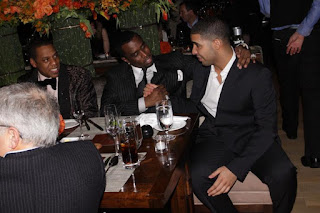 Forbes magazine has once again published its list of the 20 highest earners in the hip-hop music landscape, with 2017’s rankings featuring some new rising faces, but mostly a lot of older, familiar mainstays.
Topping the list once again this year was Sean “Diddy” Combs, who’s been in the game for over twenty years, forging a legacy that few have equaled, before or since. A big chunk of his $130 million in earnings have come through deals with Ciroc vodka and DeLeon tequila, both of which are very popular brands in the booze business. “I’ve always understood that if I give the customers my best and service them differently, whether music, clothing or vodka, I’ll get a return on my hard work,” he explained. Other income came from his Bad Boy Reunion Tour and selling off a chunk of his Sean John clothing line that was worth around $70 million, putting his pre-tax total head and shoulders above his competition.

Drake comes in at No. 2, bringing in $94 million due in large part to the success of his Boy Meets World tour. He’ll be headlining a slew of new dates in Australia and New Zealand in the coming months as well. Jay-Z earned the last podium spot, taking home third place with an estimated $42 million in income. It’s a nice salute to a rapper whose comeback was somewhat unexpected, given that many in the hip-hop community felt that he had taken a step back from making music prior to the release of 4:44 . He also has a $200 million deal with Live Nation that will continue to boost his wealth status for the next decade.
Elsewhere on the list, young guns like Lil Yachty and Kendrick Lamar present a look to the future on a list that’s mostly full of tried-and-true commodities like Dr. Dre and Snoop Dogg. Peep the entire list, in ascending order, below.