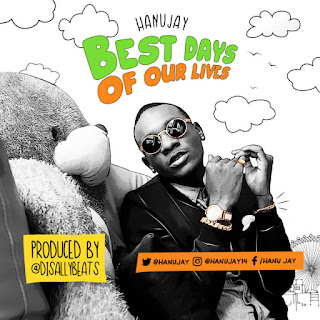 Hanu Jay shows versatility as he croons about some of his best days in a trap offering composed by the super gifted producer Sally , This serves as a teaser before Hanu’s next commercial single which will herald his debut compilation expected to drop before the end of 2017.

Best known as an Afrofusion artiste because of the relative success of his debut single “No Smoking Zone”.
Hanu Jay shows a different side that is sure to excite his growing fanbase.
Enjoy.