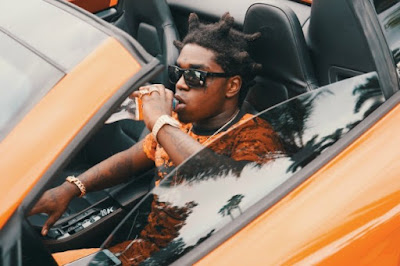 Kodak Black has been releasing new music at a ridiculous pace, and thankfully he doesn’t look to be slowing up anytime soon either. Back in June, he kicked things off by dropping off songs like “First Day Out,” “Water,” My Cousin” & “Just A Wrap,” before linking up with Future for the track “Boost My Ego” in July. Looking to keep it all going, Kodak came through in August & not only dropped off a couple more loose singles & videos, but he also surprised fans with the release of his Project Baby 2 mixtape.

track, he’s spitting about his friend having just gotten out of rehab when he started using drugs once again. The rest of it finds the rapper recalling the disproportionate responsibilities he’s had to carry throughout his life. Within a few bars, he goes from spitting about wanting to “be a G since elementary” to saying that as a “young nigga” growing up, he was the “father and the husband” in his household.