Nigerian Rapper, Milli, Takes a Break From Music After Losing Both Parents 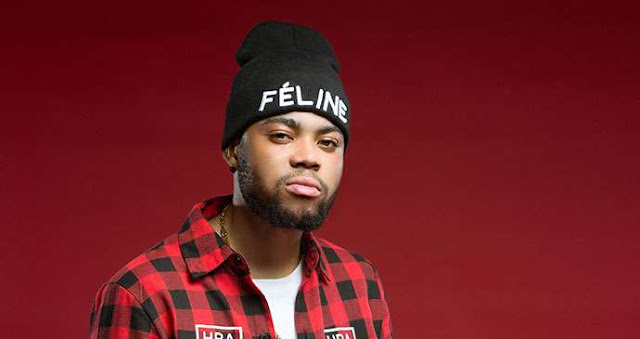 Nigerian rapper, Milli has announced that he will be taking a break from doing what he loves to do, Music, after the tragic loss of both parents within months.

The rapper made this announcement on Instagram as he apologized to his fans for not fulfilling his promise to them.
According to the rapper, despite how much joy this year has brought him, he was not expecting such tragedy. He was still trying to cope with the death of his mother which he announced on the 27th of May and buried on the 2nd of June, when his father died in his arms last night, the 1st of September 2017 and getting through that will take more than months.


The rapper went further to state that he is not even sure of releasing any song this year and next year and we sympathize with him as this is indeed a difficult loss to handle. 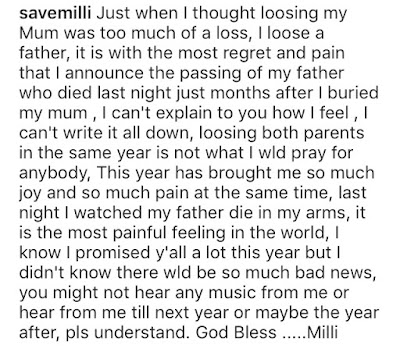 We pray God will comfort him and give him strength to bear the loss and move on. 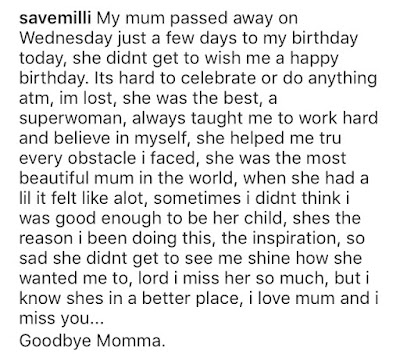 Milli announced the passing of his mother on the 27th of May 2017.