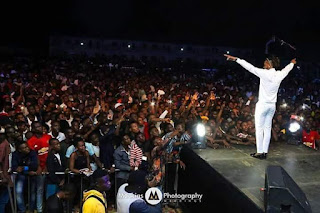 Former KKTBM lead act, the ‘No Favors’ crooner and the self acclaimed King of the South (KOS) Yung6ix amidst his preparation to drop his most anticipated album ‘HIGHSTAR’ part ways with his partner who owns the Trick Billionaires Musiq (TBM) part of KKTMB. The Hip-hop star who owns Kash Kamp agreed a partnership with TBM some years back, today he announced this new development (split) via his Instagram handle where he posted a picture and disclosed the development on the caption of the pic. 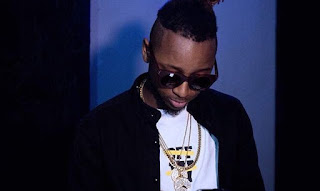 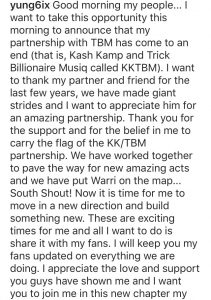