Poe – Are You Down f. Tiwa Savage (Prod. Don Jazzy) 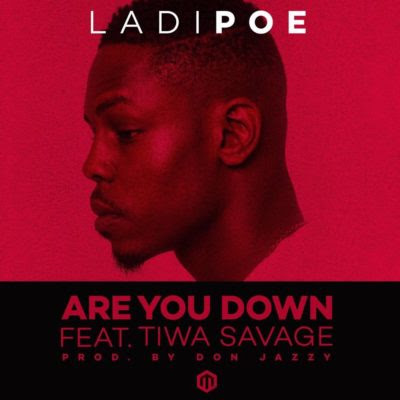 The Only Rapper on the Mavins team Ladi Poe Spoke witn Jim Donnett of tooXclusive in an interview recent about what it takes to be on the Mavins Team and Collaborations with Don Jazzy and Tiwa Savage.

Some hours Later he drops are new single “Are you Down” Featuring Tiwa Savage and produced by Don Jazzy. Listen to the single below and share your thoughts.