THE EMERGENCE Of SOUTHERN HIPHOP MUSIC IN SOUTH SOUTH NIGERIA / ANTICIPATE! "THE BLUE" (MIXTAPE) BY ASARAMONTANA 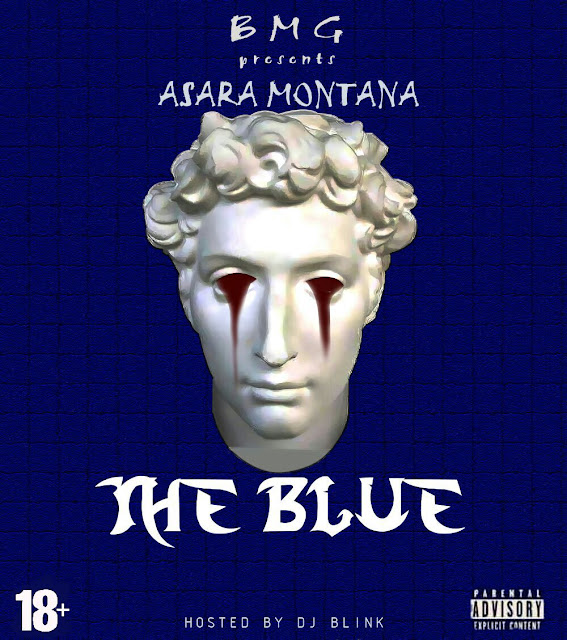 Southern "Hip Hop" music, frequently referred to as just  (Trap Music ) is a genre of America "HipHop" music, that emerged in the Southern United State, especially in Atlanta,Houston, New Orleans, Memphis and Miami.
It has been termed as a third major  American "HipHop" after "East Coast and West Coast HipHop".

This has also reflected to the south south part of Nigeria, In the early 20s ,having heavy massive air and club play
By a Trap deejay called BLINK, who frequently preached the gospel of southern "Hip Hop" music among his colleagues and aspiring Trap "Hip Hop" artists.

It was motivated in 2014 among Niger Delta"Hip Hop" artist, When Trapper , Rapper ASARAMONTANA returned back
To Nigeria from London, where he Studied "Environmental Management ", in the ( Hertfordshire University In Hartfield,
London).

ASARAMONTANA  met with DJ Blink in a Popular Estate, in Yenagoa , the Bayelsa State Capital called ( Azikoro Estate), where he visited his siblings in his Late mothers" residence and ( TheBlue ) "Mixtape" was discussed and immediately put into work.

"The Blue" mixtape is 10 tracks, featuring guest appearances by Jake Robinson, Lemon Black, High Technix and was hosted by Dj Blink. All Credits of Production,  mixing and mastering of songs was been master-minded by Yenagoa top music Producers in persons of Abiri and Slimkelz.

In what looks like the best thing in the southern Trap "Hip Hop" music Industry in Nigeria, on early September 2017, ASARAMONTANA, who is also the CEO of world famous music Label in Nigeria (BIG MONEY GANG) "BMG", has been tirelessly working on a super southern Trap Hip Hop mixtape titled (TheBlue) for over 2yrs, has finally fixed a date for the mixtape release. On a phone interview by Trapperkoni Empire media team, the prince haired of famous southern top politician "HRH" Asara A Asara, a monarch of Akipilai community in Ogbia Local Government Area of Oil Rich Bayelsa State, has promised to drop "TheBlue" mixtape by 30th Sep" 2017.

However, two songs from the mixtape which includes "theBlue intro" and "cash cash cash", has been leaked for free download on blog site nationwide.

"Hip Hop" artists, "On Air Personalities", Twerkers, Comedians, others has felicitated in advance to the release of "TheBlue" mixtape by ASARAMONTANA. 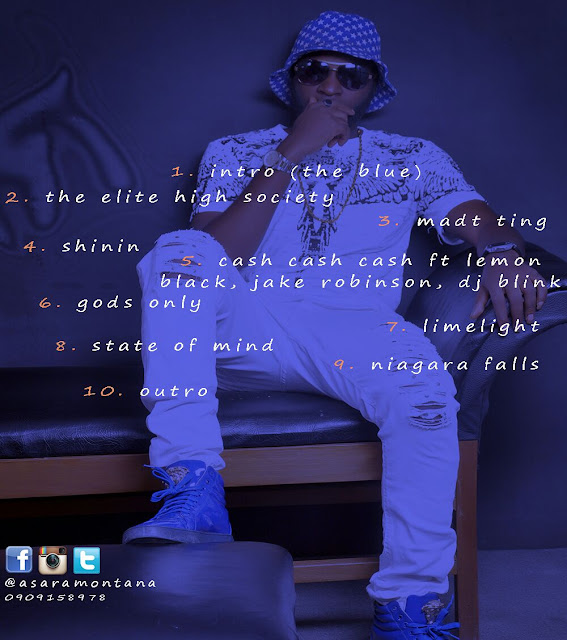 Trap music has succeeded in creating an ecosystem that makes the world turn up, but people are scared of the young black creativity. This has also resulted to the private sector refusal to
empower "HipHop" artist on a civic or global level, because they feel like it's too dirty or too street or uplifts criminal activities.
Moreover, Southern Nigeria "HipHop" artists have done a good job at making this a constructive movement.

Lastly, I believe Trap music is the true sound of "HipHop". People are usually aware of such genre of music, but wait around for someone to take the Lead.