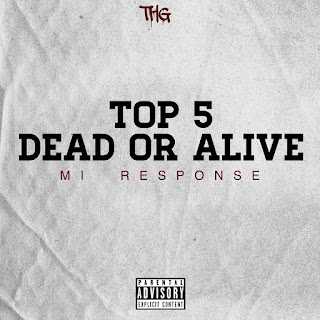 It’s been 24 hours since MI released his controversial track ‘You Rapper Should Fix Up Your Lives”, which got mixed reactions from fans & the Rap community in Nigeria as a whole. One person with whom the track doesn’t sit well with is fast-rising rap act “Payper Corleone”. Coming at MI on this track, pointing out some of the reasons why the culture hasn’t been taken to the next level.
With a line like, ‘How’s the culture going to grow when you ain’t putting niggas on your album?’………… ‘what happened to pryse and Dice? you turned them both to pop stars’…… Somewhere in the 3rd verse, Payper raps, “Your Prodigy couldn’t freestyle on the breakfast club”, referencing Ice Prince’s flop on the renowed radio show in the US, The Breakfast Club.