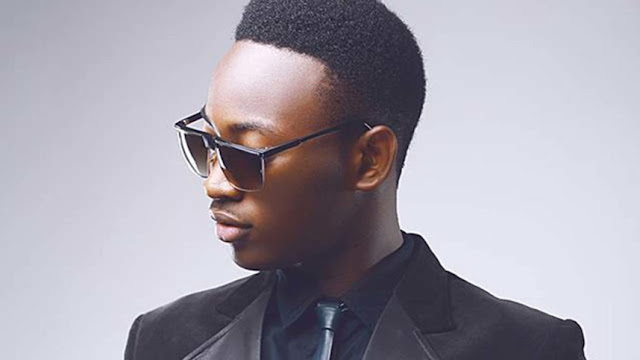 Fans have been warming up to Dammy Krane since his victory at the court over the fraud and card theft case that threatened his goodwill as an artiste. Since his return to Nigeria, he has been making a lot of moves to cover for lost grounds and to promote his music. He released two songs, one of which he titled Prayer, a song he described as dear to his heart because it is a form of narrative of his US ordeal.

However, the singer recently expressed his frustration at getting his video aired on Trace TV. In a social media outburst, the singer called out a certain individual named Nosa Omoregie for collecting money from him but has refused to air his video on Trace TV for two years now. The singer described the act by Nosa Omoregie as “natural hatred.”

The name, Nosa Omoregie mentioned by Dammy Krane in the outburst is the same name as that of Nosa, the gospel artiste of Chocolate City. We reached out to a member of the label and we were informed that Nosa Omoregie of Chocolate City does not work with Trace TV. Our respondent suggested that it could be a case of two people sharing the same first and last name. It is expected that Dammy Krane’s social media rant would spark reactions especially from the called-out individual, who Dammy Krane said holds a top executive position at Trace TV. 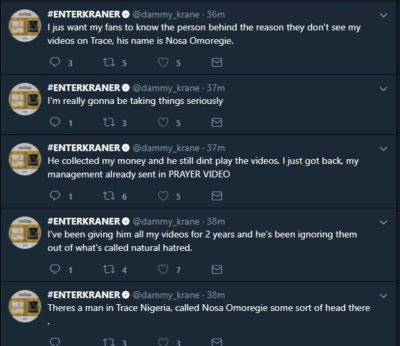