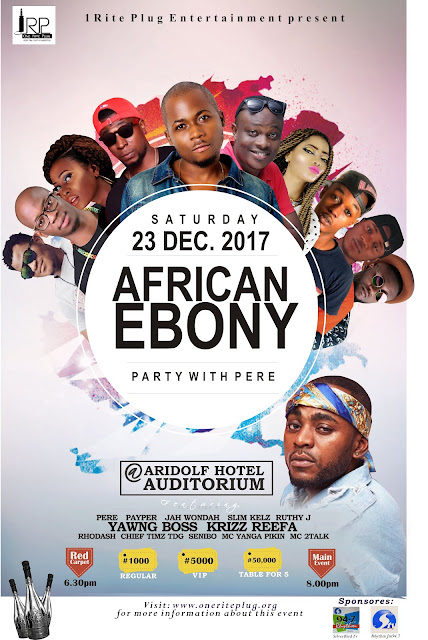 The Bayelsa State indigene and talented singer, rapper, song writer and producer “PERE” who’s based in Ghana said, he’s coming home to celebrate the festive period with his people, with a party tag of his official first single “African Ebony” from his E.P “OBVIOUS PERE”Pere who’s officially signed to 1Rite Plug Entertainment  aka 1Rite Record is a singer, rapper, song writer and producer, he released his first single “African Ebony” in the month of August and released the visuals shot by Prince Dovlo in the month of September.

Pere is set to thrill his fans with his unique style of music and at such invites everyone to honor this event as it is set to be the biggest event in Bayelsa state this festive period.

Performances from other artists include:

The event is scheduled to hold on the 23rd of December @Aridolf Hotel Auditorium, Yenagoa Bayelsa State, Nigeria.