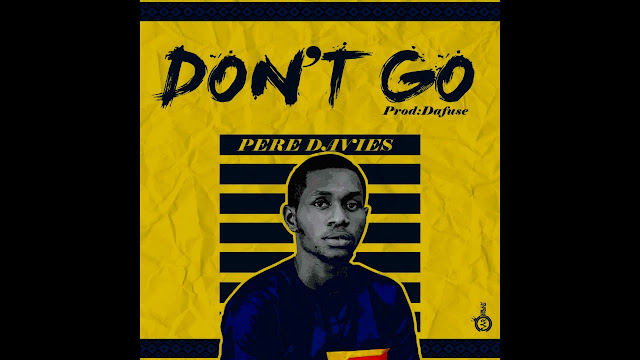 Pere Davies who is the third runner  up of the 9th edition of MTN Project Fame West Africa, thrills us again with a new single titled "Don’t Go".
In addition this is coming after the release of his inspirational single "Believe".
Don’t go is a soulful song that will catch every ear with it’s beautiful and cozy beat and a bit of vocal mastery.
Pere’s new single is a total heart warming, awesome and a soul touching piece combined,  with it’s tempo and rhythm is just second to none.
The single was Produced by Da Fuse and mastered by Jerome Russell (Russell works).
LISTEN