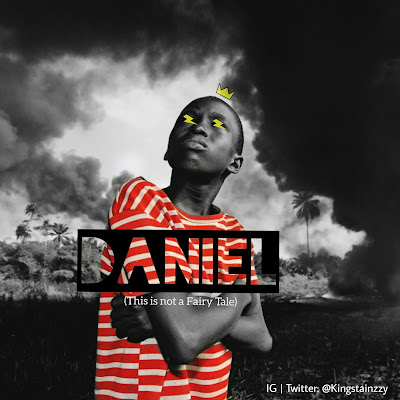 This is a fable (story)  of  "DANIEL", who Kingstainz reveals as a punk who wanted everything in life but education.


He lived life as a weasel, drug addict, and a flirt he grew up in a very rough environment before he later went to stay with Mom and little brother who is now a rapper
In the last verse of the song KingStainz explained how DANIEL realized his mistakes switch up from his old ways, stopped drugs, womanizing and left home
since (Sept 18 2015).
He’s been declared missing by family and friends tho
nowhere to be found no call nor message from him
After weeks of anticipating, the young king of the south finally let the fans eat
update your playlist with this fire joint via links below.