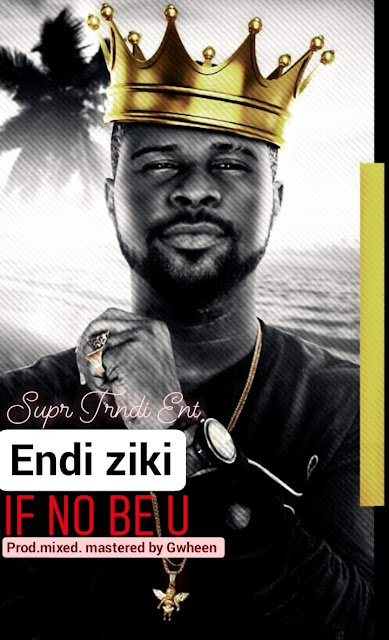 Brand New Release from Endi Ziki . The Gospel artiste who dropped his debut EP "ENTHRONED "IN 2014 . He's a singer songwriter , Rapper and Filmmaker and Actor . He has 2 movies to his credit "Warri Boiz in Lagos " and "Daddy's Angel" and a running television series "Legends of endi Ziki as
Igho Johnson " currently showing on national Tv .He's also the founder and Pioneer of Africa's Biggest pageant "MISS PAN AFRICAN QUEEN  BEAUTY PAGEANT AND REALITY TV SHOW . Also founder and pioneer of PAN AFRICAN ICON AWARDS AND PAN AFRICAN FASHION SHOW . He's a music minister and has also successfully hosted local and international shows with top international Acts .His new single "IF NO BE U" IS a sincere spirit filled tune that will inspire and bless your life . He describes his music style as a mixture of Hip hop , RnB , Pop and Jazz , rock and Afro .