A Day At A Restaurant, Eh Go Better: Chiff Timz And The Biggest Chant In Contemporary Nigeria 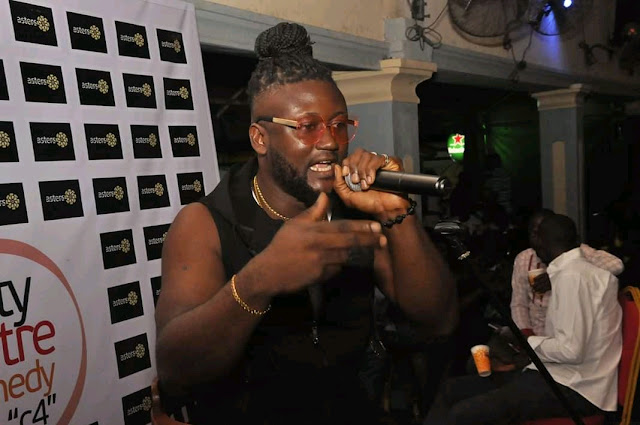 "Can I have another round of extra eba and soup, madam?" My request would have been met with much excitement if it was made two occasions earlier, but too bad, i was going for a third round. The unpleasant look on the saleslady's face gave glaring and bold hints - those ones that didn't need the specialty of a detective to grasp - other restaurant attendants also were surprised at my guts. However, this didn't stop me from enjoying my meal.

Food, they say, is the way to a man's heart, and I ate like someone whose heart was in shreds and had been told by the grim reaper himself, "eat lots of food or I'd come for your life and have your friends thinking you died of heartbreak".
Yes, I'll fight for my life. Yes, the grim reaper must be kept at bay at all costs and, yes, the cost of food must be reduced.

In spite of my many triumphs over the angel of doom, it was only a matter of time before exhaustion sets a limit to my escapade. It got to a point where I could barely swallow a lump of eba, so the decision to drink my soup was highly justifiable

Bills paid, did a little appearance check here and there and I was good to go. The food in  my stomach hadn't had their respective resting places when I heard my phone beep. I checked and, amazingly, it was a mail from Chiff Timz, his singles, 'Caro' and 'Eh Go Better', were an attachment.

Caro was already gaining plays on my phone, setting a standard for other songs to either meet or surpass. The thought of listening to another Chiff Timz's song gave me goosebumps. If there was an equipment for measuring the level of agitation in me, such an equipment would have blown before it did its job- temperature was that high.

In no time 'Eh Go Better' was slamming through my iPhone earpiece (even though I use a Tecno phone), instantly I was entrapped; Chiff Timz is a sorcerer and I just happen to be the unfortunate one — the victim of his sorcery. My whole world was at a standstill, the only apparent movement I could recall was that of my ears–they literary were trying to assimilate this beauty of a song.

Before listening to Eh Go Better, I was well on my way to a friend's house and boarding a taxi was only the needful thing to do. But I had other plans, courtesy of Eh Go Better. Inasmuch as I was still committed to seeing the friend, it wasn't the same for the part where I would board a taxi- In the bid to buy more listening time, I had to move on foot.

Music, they say, is food for the soul, nevertheless, unlike the restaurant event, I wasn't getting full anytime soon. One junction, two junctions, three junctions, four. Point that I'm making is, I was wishing for more. More of this flow; more of this emotion; more of this eccentricity; more of what tomorrow holds if only we believe in today's progress.

Artistes are known for their expressiveness and the will to do whatever it takes to protect this ability. The likes of Timaya, Wizkid and Davido have been adept at expressing a side of their art that has consistently taken us to the dance floor, interestingly, there are exceptions to this. In the midst of club-banging songs, these artistes have also sneaked one or two thought-provoking songs to us.
These songs have talked on such areas as leadership, corruption, religion, empathy, humanity and many more.

When Chiff Timz employed the assistance of Nimi for 'Eh Go Better', I doubt he knew he was assigning just the right man for the job. You've hardly gone seconds through the first verse to accept Nimi's spontaneity, and his importance, in the buildup to what may become one of the biggest chants in contemporary Nigeria.

The world we live in today is plagued by all sorts of atrocities, the rise in venality has reached epidemic length, and so is the increase in poverty. The quest for fitful sources of income has doubled compared to what we knew decades ago.

While a generous amount of blames for this menace have been apportioned to those we call leaders, because of their active involvement in the economic grooming that led us to this rickety stage morally, little or no efforts have been made to accommodate and promote those with genuine intent.

We have become witness to the celebration of mediocrity and highhandedness of public office holders.
We have become puppets of our 'loving' benefactors, even for a society that has always prided itself on hard work, statistics have constantly shown us otherwise- that we crave short cuts to financial, emotional, and healthy freedom.

But in the light of all these, Chiff Timz, and a host of optimism, have been responsible for crafting this 'support system; a byproduct of the harsh realities of life, and a shoulder to cry on, and have called it 'Eh Go Better'.

Eh Go Better is everyone's mantra - whether you sit in a corner in a bar, gulping down innumerable bottles of beer, wondering why you're having a hard time putting food on the table, or you sit in a well-furnished office, with a functional air conditioning, thankfully talking to God, the room for these words, "Eh Go Better" is always there.

Eh Go Better speaks for the hustlers who are uncertain about what is before them but, somehow, are hopeful of the future.

Eh Go Better speaks for he who has amassed so much wealth too- sadly, or luckily our needs as humans are endless.

Eh Go Better is a timeless piece of art with Chiff Timz being the chief orchestrator.

Wizkid has Ojuelegba, Timaya has Pity 4 us and Chiff Timz has Eh Go Better. 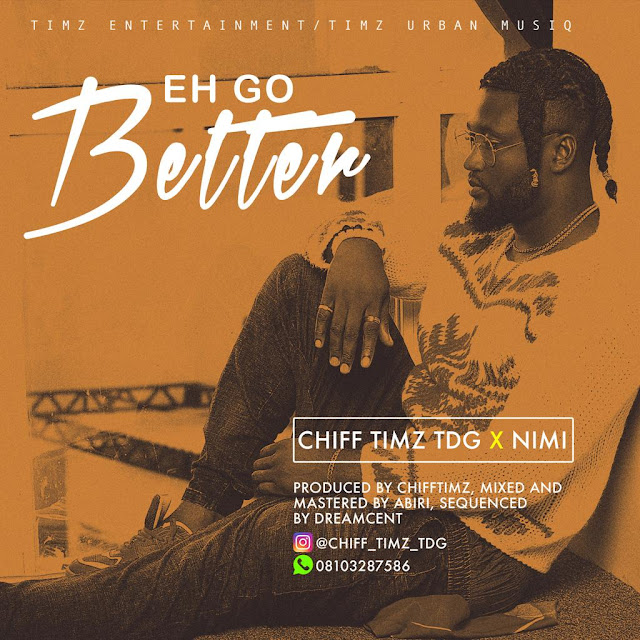