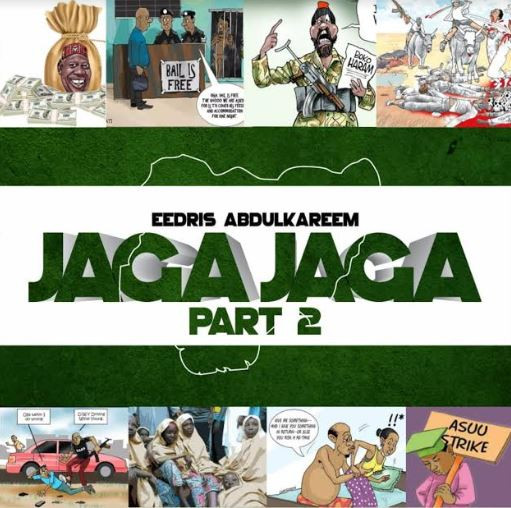 Nigerian Music Icon – Eedris Abdulkareem, dishes out the (Pt. 2) to his 15 years back released Hot country tune titled “Jaga Jaga”. A controversial Political song which gained massive attention from far and near. Eedris Abdulkareem comes through with the sequel to his hit song, 'Jaga Jaga 2.' 'Jaga Jaga Part 2' finds the rapper in an angry state as he passes a social commentary of things that have unfolded under the present administration.