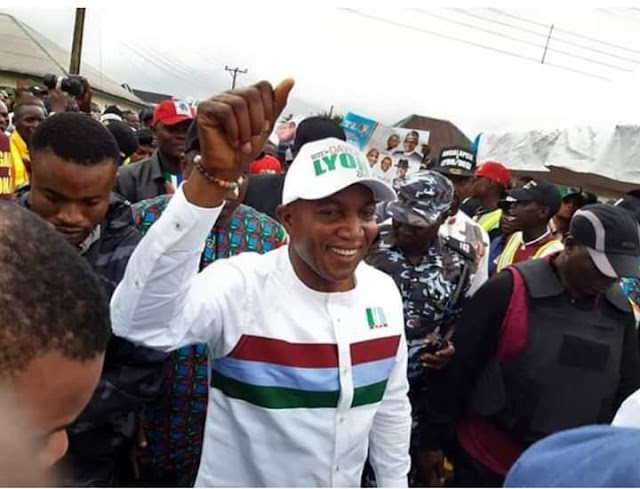 The Court of Appeal ruling which struck out the case of former Minister of State for Agriculture, Senator Heineken Lokpobiri challenging the candidacy of the Bayelsa State Governor-elect, Chief David Lyon is an affirmation that the All Progressives Congress (APC) Direct Primaries was credible, transparent and reflected the wish of APC members on who should be the party’s governorship candidate, the party has said.


Deputy National Publicity Secretary of the (APC), Mr. Yekini Nabena, who spoke with newsmen in Abuja on Saturday shorthly after the Appeal Court ruling, also called on Bayelsans to rally around and support the incoming administration of Chief David Lyon.
Nabena also congratulated the APC on the Appeal Court’s overwhelming affirmation of Chief David Lyon’s candidature.
“The Court of Appeal in delivering its verdict have sided with party members and defended their votes which they overwhelmingly gave Chief David Lyon to move Bayelsa state to the Next Level.
“While Senator Heineken Lokpobiri has a legitimate right to contest the outcome of the Direct Primaries through legal means, it is now clear through the Appeal Court ruling that Senator Heineken Lokpobiri had no case ab initio.
“I now call on all who mean well for our dear Bayelsans to rally around and support the incoming administration of Chief David Lyon whose campaign development blueprint when implemented will deliver home grown inititiatives to ensure progress, peace and stability of the state and indeed the Niger Delta.
“Finally, I invite Bayelsans to enjoy responsibly a glass of Heineken over this heartwarming Appeal Court ruling.” The Bayelsa-born APC chieftain stated.